Its the end of the decade. 2019 was a brutal year - a year of growing up, of reckoning with the real world far more than one expected, and of consequences. I thought 2018 was a hellish year, and 2019 was just waiting around the corner, with fangs. It was a darker and tougher time, for me and nearly everyone I know. I guess that’s what happens as you get older.

If 2018 was a quest for finding fulfilling work and ‘growth’ as I put it in last year’s lookback post, 2019 changed the meaning of it. Ideas about finding ‘balance’ and sanity prevailed more than pushing harder and digging deeper. Work and its ability to define self-worth took precedence over meaningful friendships, connections and everything else, which I regret.

But as always, there was light amidst the grey. Every year makes me recognize my privilege, and I’m thankful for it. I have immense gratitude for all the travel, conversation and experiences I’ve had. More important however, is the unbounded glee of living in this era of peak TV, of always having a hundred must-watch shows and films and the best audio and video content than ever before.

And with that, here are some of the best articles I read this year. As is clear, ‘work’ and its meaning consumed everything I read.

Favorite books I read this year: It seems I’m doomed to read less every year. However, of the few books I read, these stood out vividly.

Best television and film of the year: Despite how stressful and horrendous life can be, I’m glad to be alive purely based on the content I get to watch every year.

The best thing that I did since last year was to go on a Himalayan trek. Through hill after hill, forests and snow and flitting across Nepal every other hour, this trek challenged me physically and mentally unlike anything before. Witnessing 3 of the eight-thousanders - Everest, Makalu and Lhotse in all their glory is a spiritual experience. I’m glad I did this. 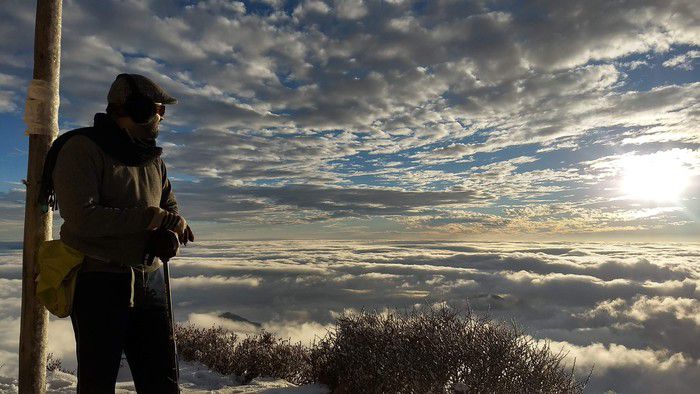 I’m hoping that 2020 is more about moving towards balance. I don’t think there can be balance, just a journey towards it and what you discover along the way. And still, I want 2020 to be about pushing boundaries and doing fulfilling work. It’s a perennial complaint that I’d love to write more and run more, but I finally think this will be * the * year for it.

A scruff. Knees scraping. Bottles softly clinking as they touch the ridge. The climb up. A huff, and a final push over the staircase. Finally, we reach over the edge and unto the rooftop we arrive. And the view. A sprawling, endless... Continue →